Welcome to the website for the Honourable John D. Reynolds, P.C.

Hon. Reynolds began his career in the sales and marketing field; was western sales manager for Rust Craft Greeting Cards; joined Ethicon Sutures Ltd. (a subsidiary of Johnson & Johnson) and at that time was the youngest manager ever appointed by that company.

Hon. Reynolds political career began in 1972, when he was elected to the House of Commons as a Progressive Conservative Member of Parliament for the British Columbia riding of Burnaby-Richmond-Delta. He was re-elected in the 1974 general election. During his time as an MP (1972-1977), he served on numerous standing committees, health and welfare, sport and fitness, transportation, and justice and legal affairs. He chaired the Progressive Conservative Caucus Committee responsible for the Department of Supply and Services.

Following his tenure as an elected official, Hon. Reynolds pursued work in the private sector, which included directorships on the boards of numerous public companies, including International Corona Resources; one of the largest gold discoveries in North America; and hosted one of British Columbia's leading radio talk shows.

Hon. Reynolds began his provincial government political career in 1983, elected as Member of the Legislative Assembly for British Columbia for the riding of West Vancouver-Howe Sound. Re-elected in 1986 and elected Speaker of the Legislative Assembly on March 9, 1987, a post he served with distinction until his appointment to Cabinet on November 1, 1989, as Minister of Environment.

During Hon. Reynolds term as Speaker of the Legislative Assembly and as a consequence of his particular interest in the Commonwealth, he held the position of President of the British Columbia branch of the Canadian Commonwealth Parliamentary Association. In September 1989, he was elected Vice-Chairman of the executive Committee of the Commonwealth Parliamentary Association, for a three-year term. Hon. Reynolds is the first British Columbian politician elected to the executive of this association, which is composed of representatives from 112 Commonwealth nations, states and provinces.

Following the 1991 provincial election, Hon. Reynolds moved to Scottsdale, Arizona where he resided from 1992 to 1996. During that four-year period he was President of a Venture Capital Company, involved in numerous projects.

On May 13, 2002, after Stephen Harper’s election as Member of Parliament in Calgary Southwest, Hon. Harper became the Leader of the Opposition and appointed Hon. Reynolds as the Official Opposition House Leader. In January 2004, he resigned that position to become Co-chair of the Stephen Harper Leadership Campaign. Following Hon. Harper’s successful bid to become Leader of the Conservative Party of Canada, Hon. Reynolds was again appointed Official Opposition House Leader on March 22, 2004.

John served as co-chair of the successful national Conservative Party campaign for the January 23, 2006 federal election, in which Stephen Harper was elected the Prime Minister of Canada.

Hon. Reynolds’ community activities have included being a founding member and chairman of the Gordie Howe Foundation for Disabled Athletes, member of the International Churchill Society, and he served as a member of the Board of Governors for the 1994 Victoria Commonwealth Games Society. He was awarded the Queens Medal in 1978, 2002 and 2012.

He is married to Yvonne and they have seven children and fifteen grandchildren and one great granddaughter. 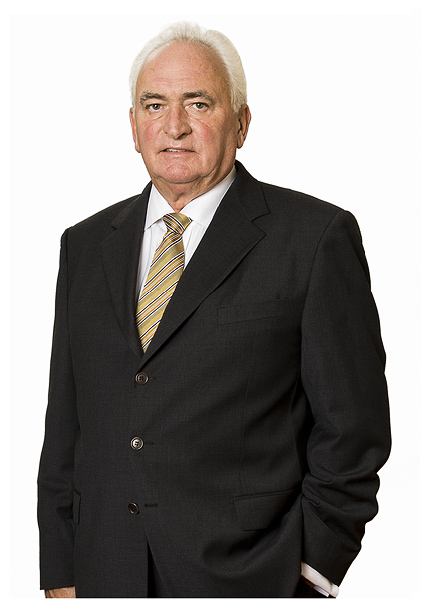